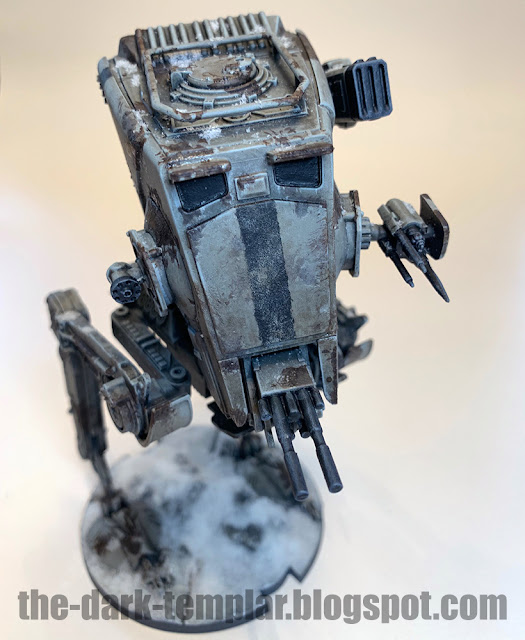 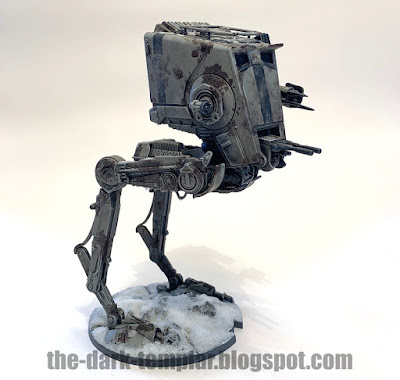 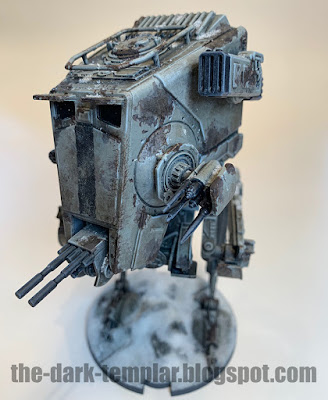 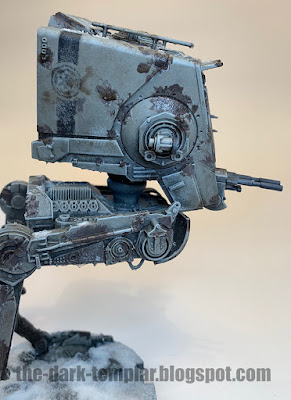 The black stripe down the front was easy enough – masking of the area and using a spongth to apply paint, touching up with a brush – the side markings were a little more tricky as it involved an Imperial symbol. My freehand painting is pretty rough these days, and I was not happy with the result (and didn't want to wait for a mail-order decal), so used the sponge to fade it back to obscurity. I like to think that they are always in some battle or other and things are getting worn out! 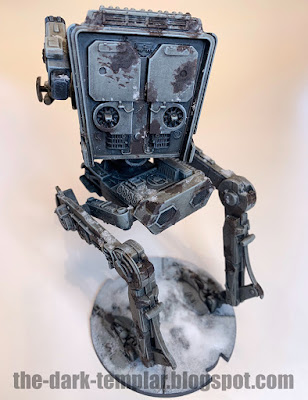 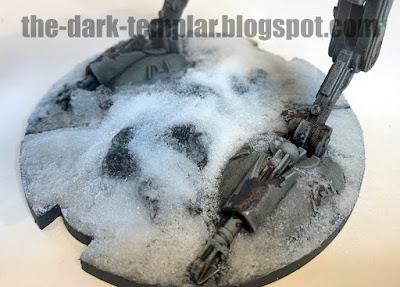 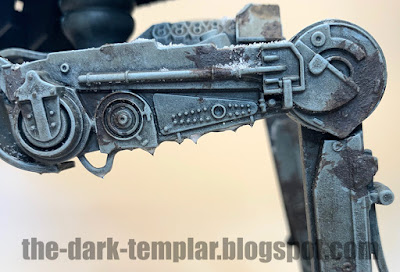 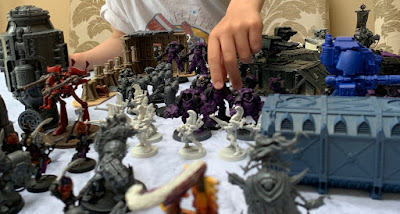 Wow – it's been over two months since my last blog post, and what a crazy time it's been. Aside from mundane things like decorating and major earthworks that have eating into down time, the hobby is very much alive and kicking. 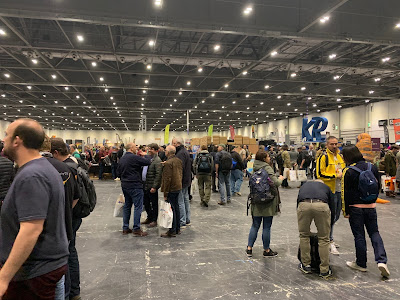 To begin with, though it seems a lifetime away, I had a cracking visit to Salute. I haven't been for a couple of years so was really looking forward to it – normally the kiss of death. However, I didn't hold back this time around and came home with a boatload of loot, chatted to quite a few people about their projects and products, and enjoyed myself thoroughly. 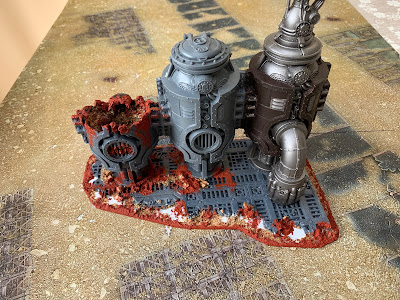 After my game of Kill Team with Bull, back at the beginning of March, I was buzzing for my Crimson Fist marines and (more so) my new gaming board and terrain. I has quite literally become an addiction, and I have been building lots of Sector Mechanicus bits and pieces to create the ultimate skirmish environment. 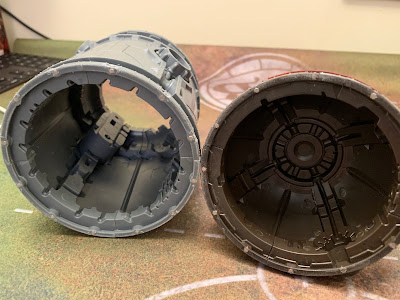 Once done I had some time to ponder and ripped half of it apart and rebuilt it _ with magnets galore –  in a more modular and funky way. This felt a bit mad at the time, but has proved to be a genius move as the set of terrain I have is looking awesome. 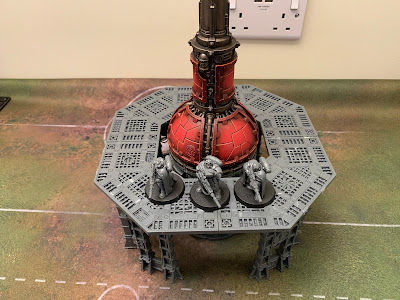 Very happy bunny indeed. Most of it has a base coat, whilst some has been lavished with shade and even highlights. More on this another time. 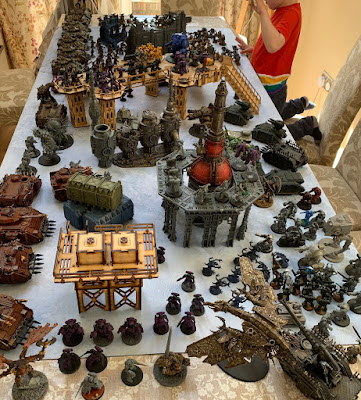 My son even got in on the action, taking the time to construct a battlescape one afternoon, using lots of my 40k models. It was a good opportunity to dust a few old bits off and assess the model collection. I think I need more. 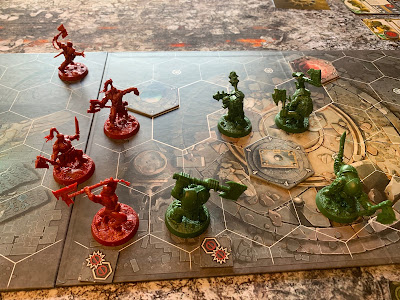 I managed to get a fantastic 2-day gaming session in with Bull at the end of May. Instead of picking up the Kill Team again, of which he wasn't really a fan, we took another look at Shadespire. I think it's fair to say that this definitely ticked a box for Bull, to the point I did think he might go out and make a rather large purchase of everything related (but he held his nerve!). 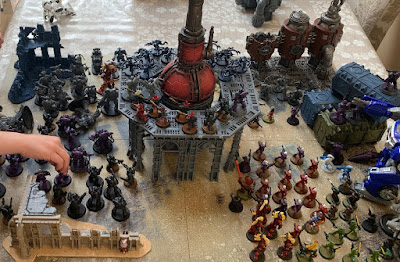 I had a bit of a lull after this marathon gaming event, but my son persisted with the big 40k displays. It got my enthusiasm back up again, and I've been spending my evenings building lots of Space Marine models I'd bought and had sitting in a box. 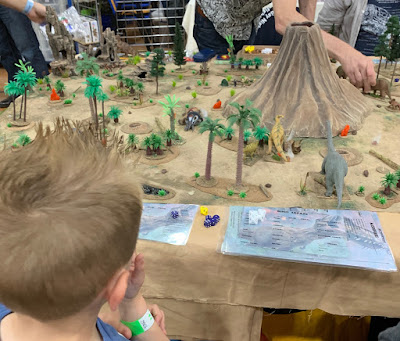 This last weekend was something of a highlight as I took him to his first ever wargame show – Broadside 2019 in Sittingbourne. Despite not being a fan of all the walking, and the fact he was a little short to see what was going on most of the time, he loved it. His biggest highlight was a demo game by Friday Night Firefight Club of Dinosaur hunting, using a modified version of the Congo rules. Of course, having been reminded of that amazing game we had at Awdry Towers, I had to buy the Congo rulebook!