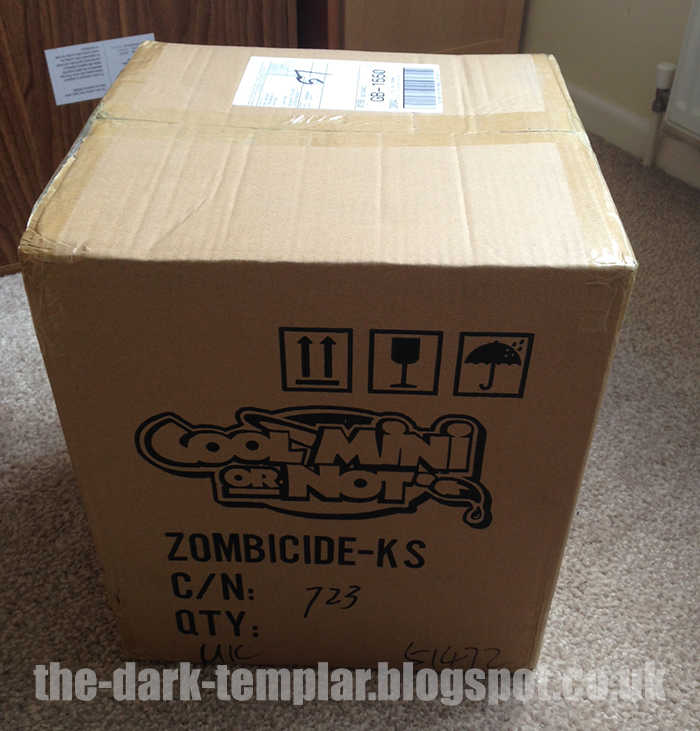 A rather abrupt chime of the door bell broke our post-holiday snoozing this afternoon and I was delighted to see a delivery man holding a very large box with my name on it.

Yes, finally – after pledging back in July last year – my Zombicide Season 3 Kickstarter loot made an appearance. Of course I couldn't remember exactly what I'd ordered or indeed how many stretch goals they'd smashed, but I knew it was a lot. 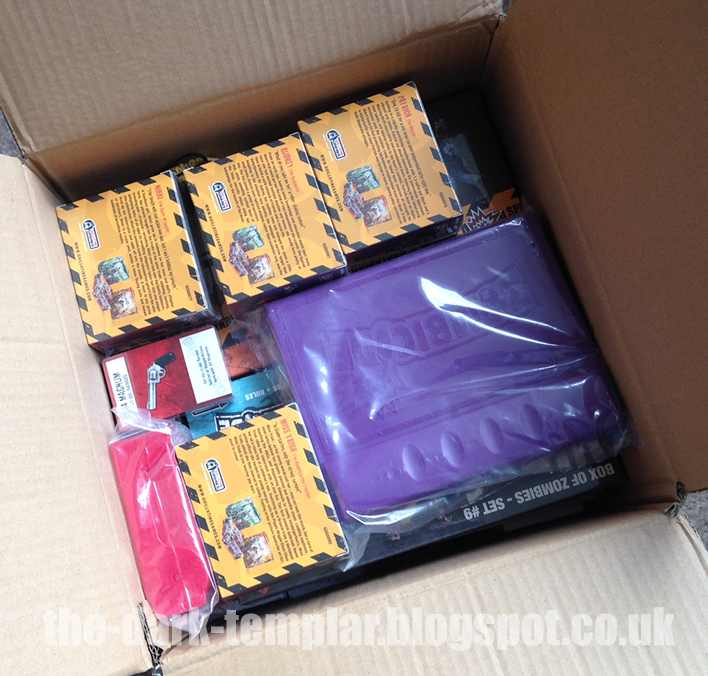 Opening the box did nothing to change this view as I was seeing things I had no idea were coming. But like a child at Christmas I tore through the contents in seconds, each new item greeted by an even bigger smile and occasional oooh or aaaah. Before long I was drowning in shiny things. 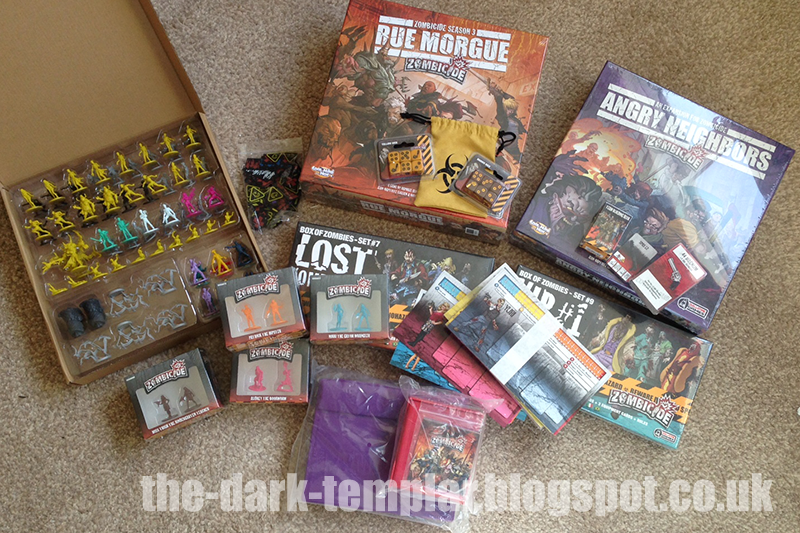 A final count of approximately 230 new figures – including half of the cast of Big Bang Theory – and more zombies than you could swipe a katana at. I will possibly go through some of the key models at a later date, but they include Jack Bauer, House MD and even Gordon Ramsey.

Very exciting times, just like Christmas in April, and two new expansions waiting for us to get back to after our Batman distractions (or as well as!).

And while you wait for more, here's a rough indication of the basics in the box…