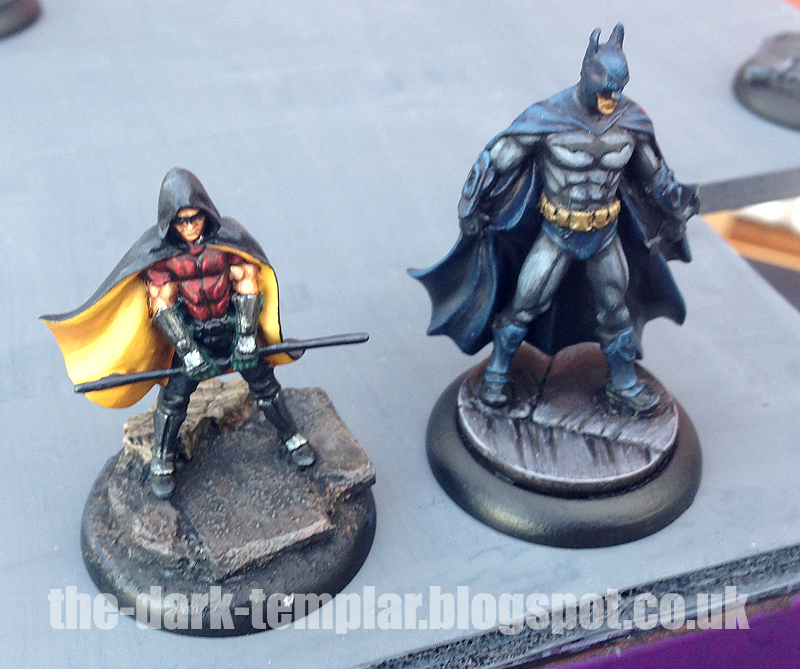 With our Batman tutorial game last weekend now complete, I thought I'd explain how I painted up the Dynamic Duo.

I've made no secret about the fact that I've struggled to do justice to these fantastic models. Batman has been sitting around in a box for over two years and something as straightforward as painting capes (pretty fundamental for superheroes) became a nightmare.

Eventually, after spending some time practicing, everything started to fall into place and I managed to get the Dynamic Duo to a point I was happy with. The style of painting was something of a departure for me. I've always preferred painting dark colours, and my collection shows it, but this took things even further down that route. 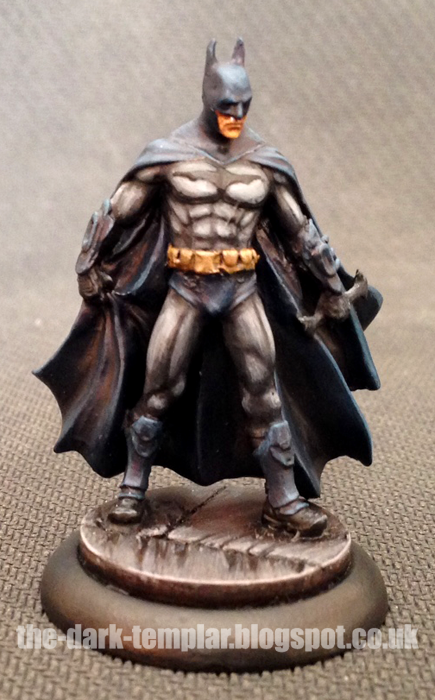 As is usual for me (and especially so here) I gave everything a black undercoat. I started (again) with his cloak and cowl, as this had been the most problematic part. I had bought a blue colour specifically for the project as there wasn't a suitable pot in my collection. A 50:50 mix of Army Painter Matt Black and Vallejo Imperial Blue was the base colour and I gradually added more blue to the mix. Long before I reached 100% blue I started to add white instead, until I decided it was light enough. Once I was happy with the highlights I went back into the shadows with (very) watered down Matt Black to make the recesses deeper.

For Batman's bodysuit I followed exactly the same process but used Vallejo Basalt Grey instead of the blue. I probably went a bit lighter with the highlights in this case. 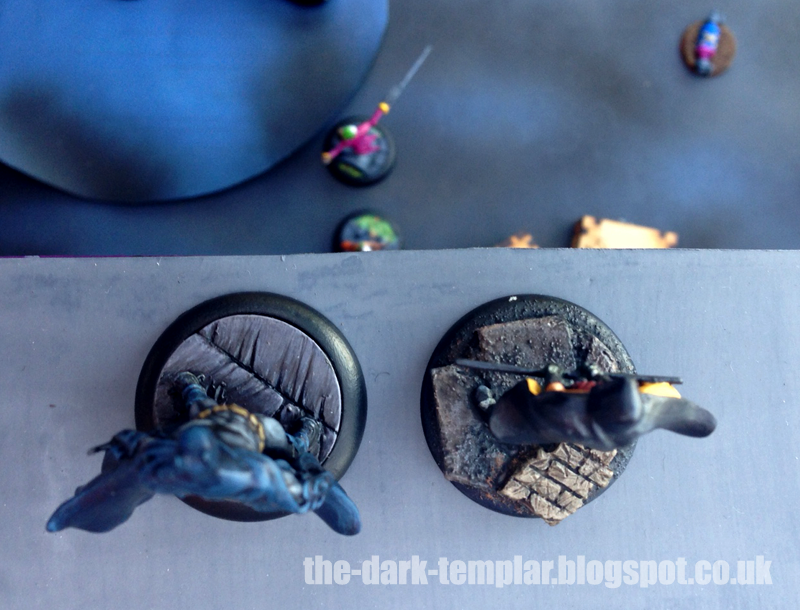 As regards 'where' to paint on the model, I followed a simple rule – the light is shining down directly above Batman's head, straight down. It became easy to figure out where I needed to add highlights by looking down onto the model from where this hypothetical light was coming from – if I couldn't see a particular part of the model, it didn't get a highlight.

Batman's base was custom build a couple of years ago, made from plasticard. I used a Matt Black / Basalt Grey recipe but added a touch of Burnt Umber in there so it was a warm grey, to contrast with Batman's 'cool' outfit. I coated it liberally with both Brown and Black washes (GW) and went back in with some highlights, adding a touch of white to my mix. 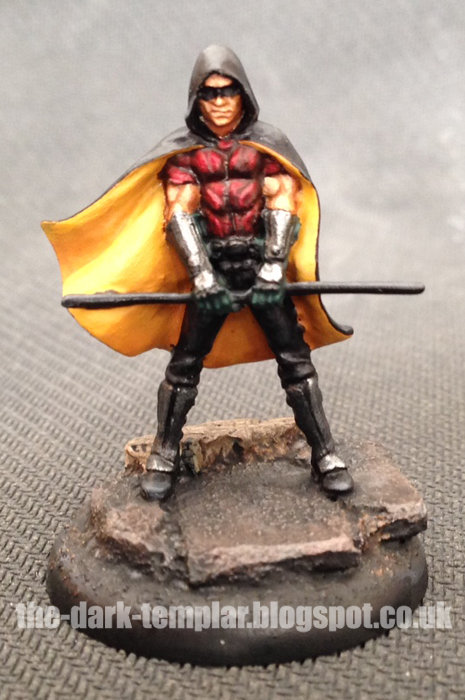 Robin turned out to be even more tricky. It was the yellow underside of his cape that caused the issues and in the end I decided to stop messing around with it and move on. He doesn't quite follow the rigid lighting rule as Batman, except in spirit.

To get the yellow to this point I started with a basecoat of GW Skrag Brown (I think), then kept adding GW Yriel Yellow until I had 100% yellow highlight. I then added a little white to take things a step further.

I've just realised that I didn't paint his belt. This should be the same subdued yellow/ochre as Batman's – we don't want it to jump out like his yellow cloak does. 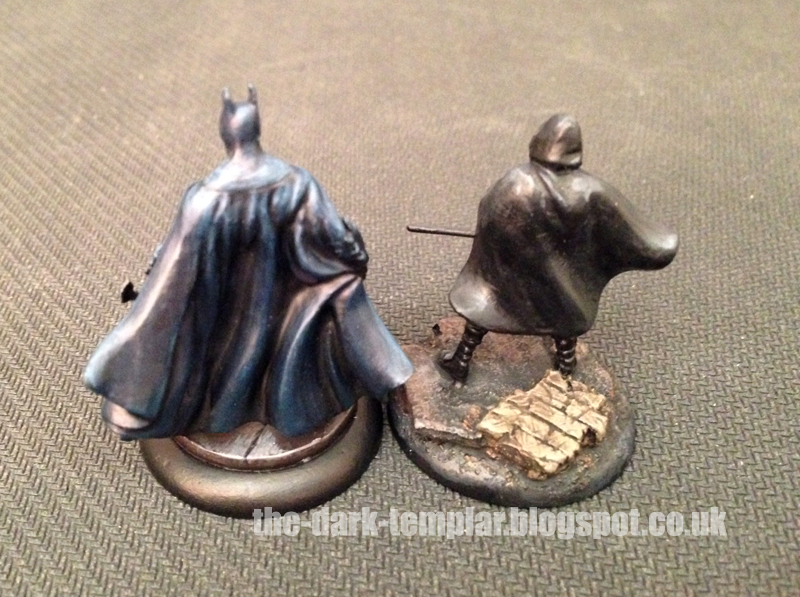 As difficult as these models were to paint for me, I realise that it was my own perfectionism and lack of practice that caused the problems. In the end the experience was really enjoyable and has set the tone for any future Batman models that I paint up.