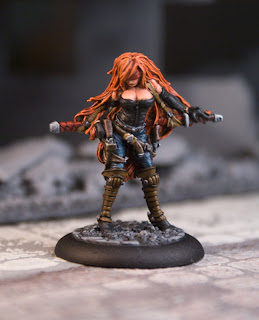 I finally got my head down to some painting last week (in preparation for a game!) and whilst I didn't complete my crew I did break the back of it – for now. 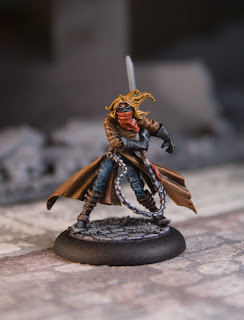 As promised I've taken some pics of the completed models. I've stuck to the same brown recipe for the overcoats throughout for coherency. I also used the same denim mix for the two principle characters, whilst the Death Marshals get to wear black jeans. 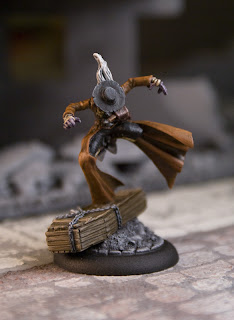 Lady J's totem – The Scales of Justice – didn't get to wear jeans of any kind, ending up with rather grubby canvas pants. 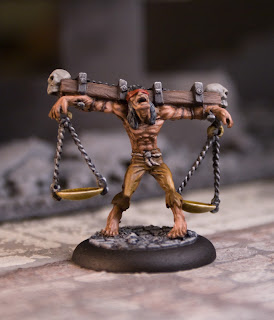 As mentioned the crew got to travel up to Tunbridge Wells this last weekend and face off against Bull's Viktoria Outcasts. As you can see below the opposition had grown since our last game… 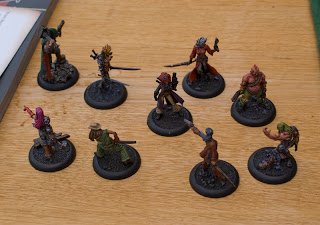 …but so had my Guild crew, with the addition of The Executioner! You wouldn't believe that I had put down approximately 20 watery thin layers of paint on his skin prior to the game, but the effect was so subtle you couldn't see it in normal daylight – back to the drawing board with that one. 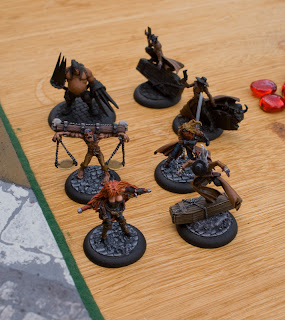 Needless to say we had a couple of great games – Bull won the first game 6-0 without making a Strike of any kind and I got so frustrated with the lack of action I charged out in the final turn just to get a wound off Sword Vikki.

The second game involved me defending a Wagon (or rather a large Merc Warjack) on its journey to the centre of the board. There was never going to be a repeat of game one, with plenty of action and Lady J turning the game midway, only for Gun Vikki to destroy the Wagon with her final Action Point and deny me full points: 2-0 win for The Guild. 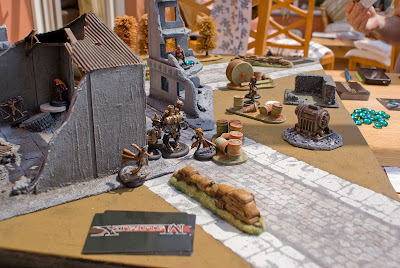 As you would expect, lots of movie magic moments during both games – not least the photo below. Post your captions in the comments section! 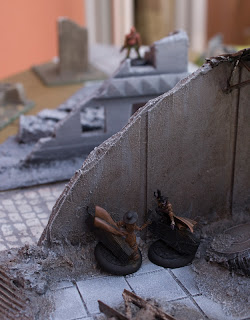 Next Post: A bit of an announcement…
Posted by The Dark Templar