A Hobby Day With Pro Elves 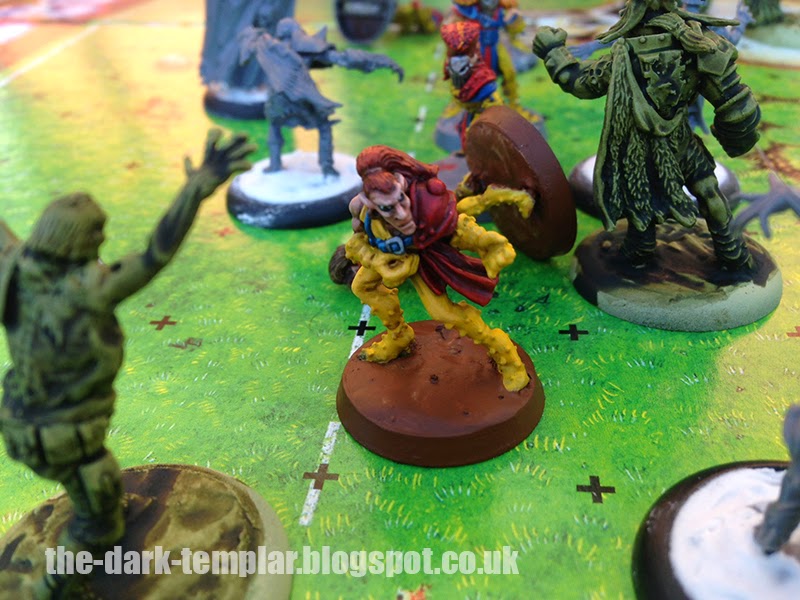 The aftermath of my previous game of Blood Bowl against left Bull me somewhat exhausted, so you'll have noticed I took a week off blogging.

This weekend, Bull and I arranged a 'hobby day' which is something we haven't done in a long time. Instead of the next instalment of our BB league, we had a day of painting in the unexpected beautiful weather. Bull is in the middle of repainting his Pro Elves, so I took my paints and brushes and showed him how I paint my figures and how I use my wet palette. Bull was suitably impressed and followed my lead, taking on board some of my techniques and blending them with his established painting style. A few hours later we had a couple of figures done to a good gaming standard and Bull had a blueprint for the remainder of his team.

We couldn't let the opportunity pass without rolling a few block dice, so we had a hastily arranged 'golden goal' game of Blood Bowl – first touchdown wins. Of course we tried out our new teams – Pro Elves vs Nurgle – to see what they were like. 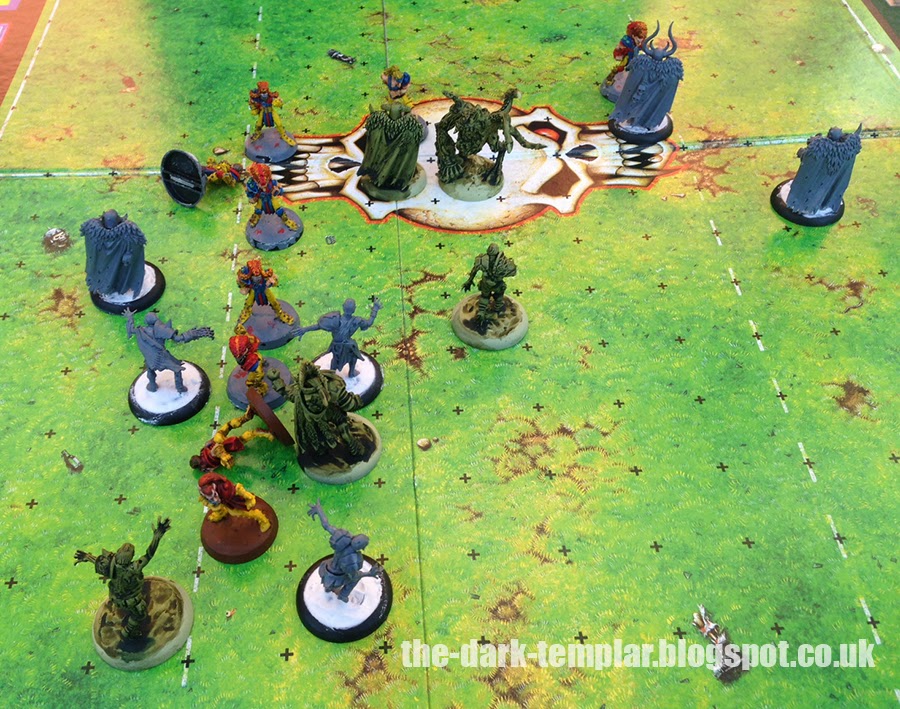 Bull won the dice roll and elected to receive. Despite my heavy hitting front line, he burst through and flooded my half of the field, with his Thrower safely hanging back in his own half. However, Bull had inadvertently got himself encircled by my entire team and seemed unable to roll Dodges successfully. He did manage a double-Dodge with a minus 2 modifier for tackles zones, but this appeared to use up all his luck for the day. In two turns he had used up all his re-rolls which left him terribly exposed.

In addition, by Turn four he had one guy Knocked Out and a Casualty missing the next game (hypothetically). My Nurgle team were knocking him all around the pitch and he was lucky that more Elves weren't off the pitch. He had a brief opportunity to score, but mistimed his moves. This left his Thrower – with the ball – rather exposed. 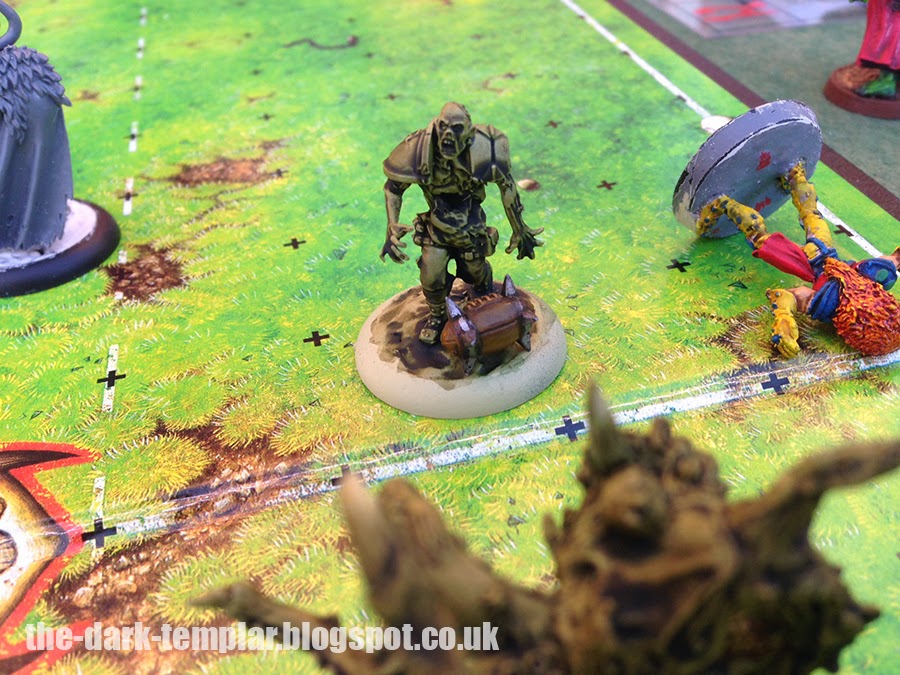 My Beast of Nurgle managed to pass his stupid test and make a successful blitz. One of my Rotters followed up and picked up the ball, shuffling towards the end zone. I managed to position my adjacent players to make it virtually impossible for Bull to get near the ball carrier – most of his team were still in my half of the pitch. With his usual determination and flair for the dramatic, Bull attempted some risky moves to get a shot at the Rotter, but it was a simple Dodge that proved his undoing – failed and turnover. 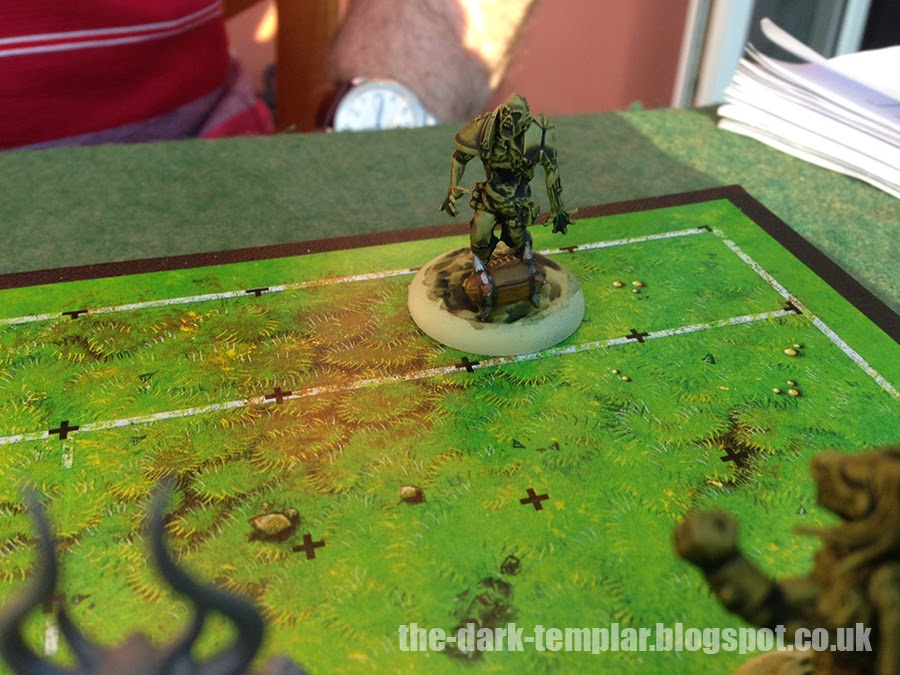 This left the Rotter a simple task of moving the final three squares into the endzone.

A great day's painting and an interesting test run for the new teams. My thanks to Bull and his wife for being such fab hosts. Looking forward to the next game for real!