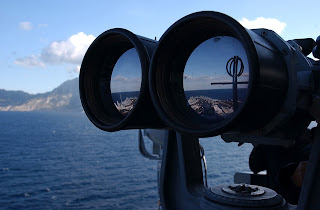 Things are starting to get rather busy on the hobby front.

I have my ongoing mission to paint up Legion of Everblight and Cryx forces for Warmachine/Hordes. Then I have a revisit to 40k, starting with my Iron Warriors and then moving on to the Dark Templar. I'm also getting a hankering for Malifaux, which has been in the background for a few months now. On top of all that I have terrain projects that need attention. There's just not enough time in the day!

Due to the fact that I don't game much at all these days, no single project has taken the lead – when this does happen it's usually to the detriment of everything else. I am managing to keep a level of enthusiasm for all these gaming systems at the moment, but it's a delicate balance and the shiny things are everywhere trying to distract me. However, marshal law has been put into effect in the "DT" household and all hobby purchases outlawed until further notice, or until all credit cards and loans are cleared. Even the sale of my Blood Angels wasn't enough to lift the ban as SWMBO tries to "level the financial playing field". I do have a stockpile of shinies so it's not as if I'm going to run out of things to paint any time soon – there's just always something shinier out there.

The Legion of Everblight are probably the beneficiaries of the bulk of my hobby time. I'm really enjoying the painting right now and am plodding my way through the backlog of constructed models. Once I have cleared the paint tray I will have a nice collection to choose from when game time comes around. I do have two units, with unit attachments, still in the box – Striders and Legionnaires – as well as an unbuilt plastic heavy kit. However, these can wait until I've got a few more games under my belt. I will post some photos of the completed models in the next few days. I will also be posting a painting video very soon as I learn to use YouTube more. 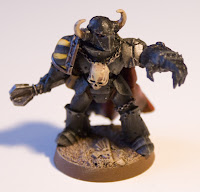 Now that 6th Edition 40k has been released, together with some new flyers, Bull has gone back to his Orks. My 40k plan of action was well documented in the last post and I am slowly putting that into action. There will probably be some Iron Warrior time this weekend. 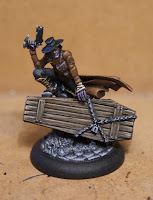 As for Malifaux, I've had my interest piqued thanks to TheJoeyBerry and her video diaries as well as the rumblings about the new Book 4 and Ten Thunders faction due for release in August. As much as I enjoyed getting to grips with Kirai, I'm a Guildie at heart and want to go back to my original faction and show it some love. Bull and I also have some Avatars we've not fielded yet.

On top of all that there is a SECRET PROJECT coming up later this month that I'm very excited about and I want everyone to get behind and support. More on that soon…