Undead Back In Play

My next Blood Bowl match will see me back with the Grave's End Gutchewers as they square up against the squeaky clean Boomtown Rats.

I am going to struggle to contain those Gutter Runners with my Undead being slower than the Dark Elves, so I will have to keep my concentration and create a new plan to beat them. As much as Bull learned a lot about the Skaven in his last game, I learned a lot too. I'm hoping that the Gutchewers can come out of the losing streak we're on at the moment, hence we're mixing up the opposition for both Rats and Undead.

This is the Gutchewer roster at the moment. Not a lot to shout about, aside from the Block skill for Monsieur Deadleg and the arrival of a couple of new players. I also have some cash to spend, maybe some Cheerleaders and Coaches or maybe I hang onto it for my next re-roll.

Anyway, as mentioned we have two new players. This is where I went wrong with my original starting list. I created a roster based upon the models I had and this didn't take advantage of the fact I can take up to four Ghouls – the fastest (and squishiest) models on my team who come with the Dodge skill. 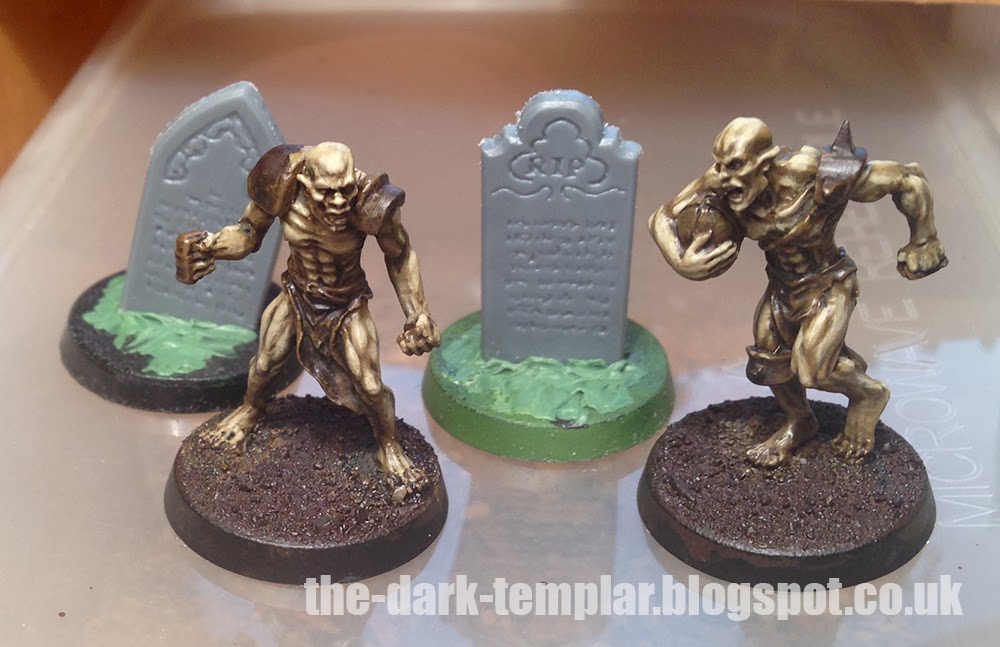 The hope is that my increasing the number of fast(er) models on my team I can give myself a chance to catch these Rats as they scurry about the pitch. I will have to put a couple of players on the subs bench to accommodate the new arrivals, but this does mean that I'm likely to have 11 players available to me for the entire match, unless the casualties start to mount up.

I'd also quite like to score, just once, with the Undead and having four Ghouls gives me the best chance of that. It will be quite a sad state of affairs if the Gutchewers can't score at all in their first three games. They're already propping up the league table and another loss would cement their wooden spoon place I think.

However, since the last Gutchewer game against the Orcs we've discovered several things we've been doing wrong. First of all, prone models who stand up and Block use up the team's Blitz move for the turn. Secondly, you can pass in the same turn that you pick up the ball! In addition, players who get Knocked Out, don't count towards Casualty SPPs – I think the Orcs would have a lot less points if we'd have known any of this things earlier on!

If I can get the Ghouls into the game and the Mummies finally step up and play their part then we could be on for a cracking game. If they don't then it could be the biggest one-sided match in the league so far with the Skaven literally run rings around me.