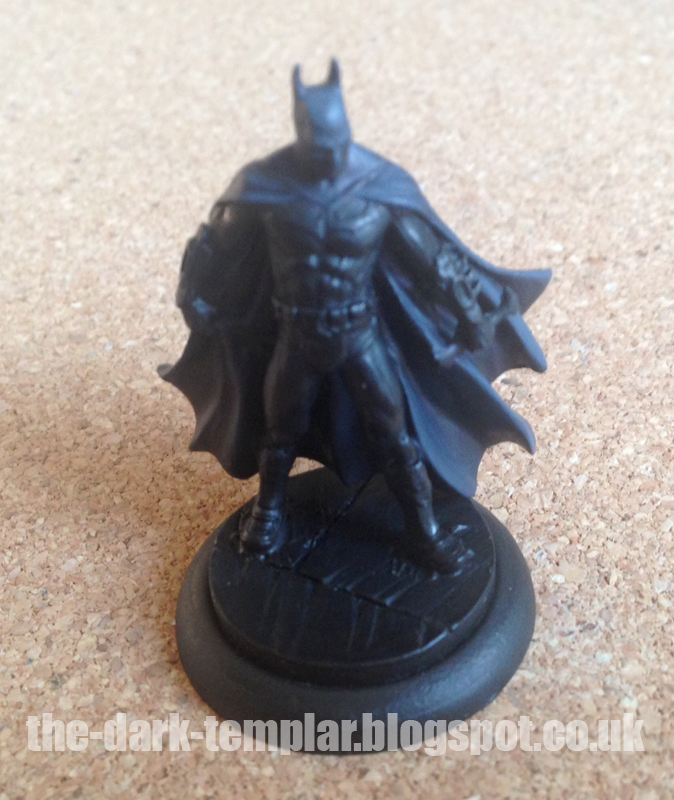 It's not like I haven't painted capes and cloaks before. Maybe I'm just off my game, out of practice or simply distracted but the two models on my painting table at the moment are driving me insane.

I've painted this Batman model twice already, but haven't been happy with the results so far. To be fair this was largely due to the poor colour choices. I didn't have a decent blue in my paint collection – it's not a colour I've used very much – so a purchase was needed. 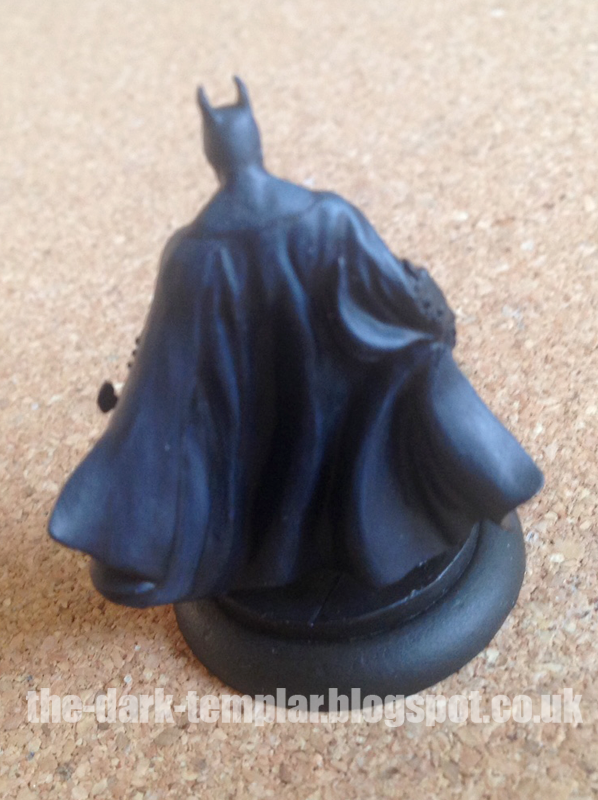 The latest attempt is much more what I had in mind when I started. I began with Army Painter Black and slowly added Vallejo Imperial Blue (Game Color). At the point where the mix was 50:50 I stopped adding blue and started adding white. This stopped the colour becoming too vibrant and remained very much a grey/blue. These latter layers were very watered down to make sure they weren't too harsh and built up highlights slowly.

The final result is very subtle – the out of focus photo doesn't help – but I really like it. You can see the distinction between the blue cape and black undercoat elsewhere which is what I wanted.

There is an argument for a final, sharp, almost white highlight, but I'm not brave enough given the troubles I've had so far. I'd rather crack on with other parts to the model and come back later. 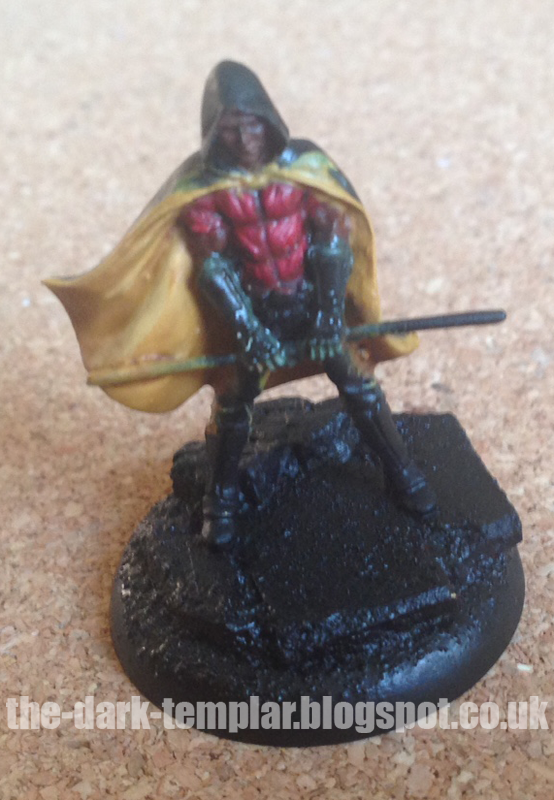 The biggest issue I've had, however, is Tim Drake and his yellow cape… in fact the red and green armour too haven't worked out either. The lesson to be learned is that I should stick with what I know and stop trying to be too clever (in this instance at least). I have my yellow recipe and red recipe perfected so should follow them.

The next shocking photo reveals two things – my messy over-painting and how the sepia wash made the yellow cloak look muddy. I'd started with GW Averland Sunset and got a solid flat colour. I then added white into the mix to create some highlights. The result was a little stark but smooth. I then added the wash to create a more golden effect but it only resulted in a muddy fail.

However, this is proof that painting is being done, which is good. I just need to wrestle back my painting mojo and not be afraid of painting these bloody capes!